For more than 15 years now, much of the world’s attention has been focused on the danger posed by Islamic extremists. That threat is real, of course. But it will not end up being the defining ideological conflict of our time. Despite the apocalyptic fantasies of both Islamic and Christian fundamentalists, we won’t see any mass conversions, either peacefully or by the sword. And we’re not truly engaged in an Islamic/western clash, either. No, the real ideological battle for the 21st century will be between liberal republicanism and illiberal authoritarianism.

Let me define some terms. By liberal, I mean a system that prizes individual liberty and promises a set of equally and impartially applied individual rights – free speech, freedom of religion, freedom of association, etc. By republicanism, I mean a system in which power is considered legitimate when it somehow enjoys the consent of the people, mainly through elections. This combination broadly describes the political systems of most of the leading nations of the world.

However, one leading nation doesn’t have a system like this: China. 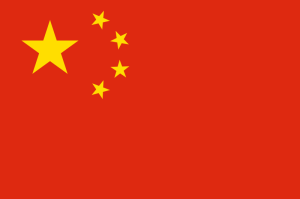 Don’t get me wrong here. I’m not talking about Communism. Yes, that was the motivating ideology that led to the establishment of the People’s Republic. However, for millennia before that, Chinese culture was defined by other ideologies. One, in particular – Confucianism – was highlighted recently in the Wall Street Journal:

“Mr. Xi (Jinping, President of the People’s Republic) appears to be seeking to inoculate Chinese people against the spread of Western political ideals of individual freedom and democracy, part of what some political insiders say he views as a long-term contest of values and ideology with the U.S.”

While no ideology can be simply summarized, I would describe Confucianism in this way: Everyone has a place. Those in power have two duties: to be the best and the brightest and to use their gifts and power to serve the interests of the people. The people, meanwhile, have two duties, as well: to not question the powerful and to do as they’re told.

Often Confucianism also gets joined to another ancient Chinese ideological traditional called legalism. Under legalism, the laws – the rules – are clearly set out, and should they be broken, harsh punishments will follow.

In other words, instead of being liberal and republican, Confucianism and legalism combined tend toward illiberalism and top-down authoritarianism. They worked pretty well to sustain imperial China for a couple thousand years.

And with the 21st century potenially set to become the Chinese century, this should be the primary ideological concern of the liberal republics of the world.

Let me clear: I don’t think Confucianism is all bad. It is not some sort of fascism. There is a required reciprocity between the rulers and the ruled that has, at its core, the interests of all the citizens and desires for a balanced and harmonious society. Not too much to complain about there.

But, obviously, it also runs counter to the predominant western perspective on the rights and duties of citizens – even if it does sync up nicely with the idea that a single party should run the show without question.